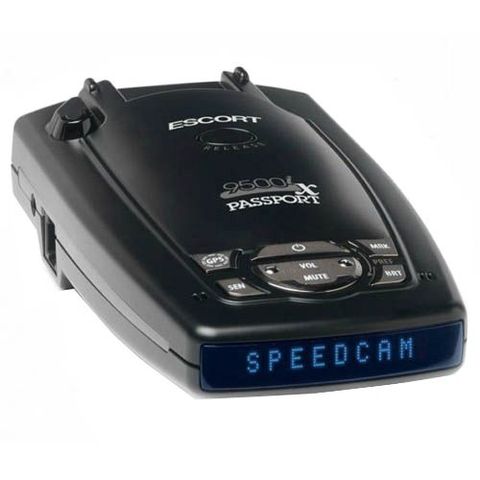 When it comes to avoiding traffic fines and driving safely, few radar detectors compare to the Escort Passport 9500ix.

Nearly every radar detector manufacturer markets each device it sells as "the most technologically advanced radar detector on the road." The Escort Passport 9500ix is one of the few radar detectors that comes close to backing that claim up. It offers exceptional range and accuracy with very few false alerts. The internal GPS provides comprehensive alert features, and the compatibility with the Escort Live app connects you to a community of radar detectors for alerts in real time.

To evaluate the performance of each radar detector in our review, we scrutinized user reviews from a number of websites, primarily Amazon and Crutchfield. We also consulted with expert hobbyists that have tested radar detectors comprehensively. After these evaluations, we gave the Escort Passport 9500ix an A- for detection performance. It has a very low ratio of negative reviews and has been one of the most popular radar detectors for over a decade. Some claim it tends to be too aggressive at filtering out false alerts and often ignores legitimate police radar alerts.

Similar to other Escort radar detectors, like the Max 360 and the Passport Max2, the 9500ix detects the X-band, K-band and Ka-band radar frequencies at the same time or separately, depending on your needs. It can detect radar guns using instant-on or POP modes, which are quick-action modes on radar guns designed to beat radar detectors.

It also acts as a laser radar detector, or Lidar detector. However, laser detection doesn't offer the same type of protection as radar detection. Where a radar alert usually comes with plenty of time to adjust your speed before an officer sees you, a laser alert means a laser has been aimed directly at your car. In other words, it's more of a notification that law enforcement has recorded your speed than a warning.

Besides alerting you to radar and lasers used by police, the Passport 9500ix comes preloaded with the Defender database, which includes locations for thousands of potential threats that don't emit detectable signals – speed cameras, red-light cameras, common speed trap areas. When you receive one of these warnings, it says the type of alert on the display, followed by the distance so you can adjust your driving accordingly. Escort updates the database constantly with new locations so you can stay current. However, the Defender database updates require a subscription after the initial 90-day trial period.

It lacks an over-speed alert and a directional alert, though this isn't surprising when you consider how long this radar detector has been around. The over-speed alert, a relatively new feature within the industry, alerts you when you've exceed the posted speed limit or a manually set speed limit.

Most speeding violations occur when you're not paying attention. This type of alert feature helps you maintain awareness of your speed. And the directional alert simply tells you where the alert is coming from. The 9500ix only tells you how strong the signal is.

The most important control feature is the built-in GPS. This provides the eyes to your alerts, allowing you to know where potential threats are coming from. It also works with an AutoLearn feature that provides advanced analysis of frequency signals for better false-alert filtering. Escort refers to this as artificial intelligence protection. The result is impressive. As with all radar detectors, you'll receive false alerts caused by things like garage door openers. However, after a week or two, the AutoLearn eliminates nearly all the false alerts. That said, it's been known to be too aggressive, sometimes treating real police radar as false alerts.

By using the Bluetooth-enabled SmartCord, you can connect the 9500ix to your smartphone to use the Escort Live app. This connects you to a community of users reporting live information of potential threats. For example, you could receive an alert of a user who receives a laser alert ahead of you. It also provides a more detailed display of your GPS alerts, allowing you to see if a threat is to your left or right. The only downside to the app is that it requires a subscription. In addition, the SmartCord is purchased separately from the detector, which adds to the overall cost.

With comprehensive GPS features that include a database of red-light camera and speed-camera locations, the Escort Passport 9500ix is still among the best radar detectors available, despite having been around for a long time. It has the listening range and accuracy to keep you safe and alert to potential traffic violations.