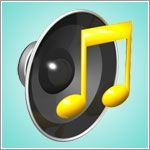 There are a handful of audio file types you should be familiar with if you are planning to copy music off the Internet or even copy a CD. If you aren't sure what file types you are working with, you can distinguish any file type on your computer by the extension in the file name. The extension is the set of letters that follows the dot, as is in: seashore.wav.