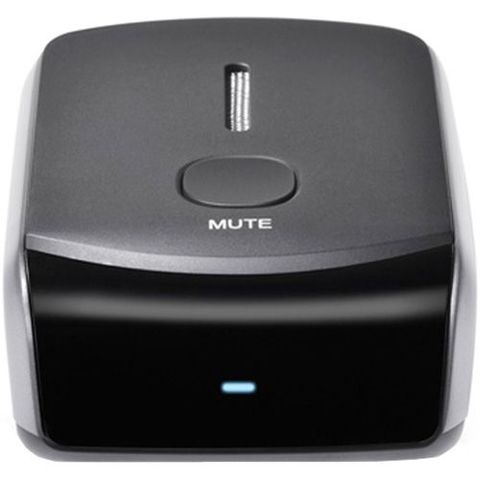 With over 40,000 user-generated reports every day, the community-sharing feature of the Cobra iRadar Atom is extremely valuable, so long as you own a smartphone.

The Cobra iRadar Atom is an excellent example of what can happen when you combine the social reach of smartphones with radar detectors. The actual radar detector is smaller. It's simpler. It just detects radar and laser. It doesn't have a display, because your smartphone is the display. Depending on how you use it, it can be an extremely useful tool or a major distraction. To use it safely, you should have a dashboard mount for your phone so that you're not constantly pulling it out to check on alerts.

The iRadar Atom connects to your smartphone via Bluetooth and relies heavily on your phone to operate effectively. If you have an older, slower smartphone, don't be surprised if you get frustrated. It uses your smartphone's GPS. All the controls and displays are performed within the iRadar app. Nearly all of your interactions with it will be through your phone.

The major advantage to connecting to your smartphone is the social reach of the community-sharing feature. There are almost 1 million users posting an average of 40,000 traffic reports a day. The reports indicate speed traps, speed cameras, red-light cameras, active police speed monitoring, safety issues and more. If a user detects LIDAR ahead of you, which is nearly impossible to detect in advance, you'll get an alert. Even though the Atom acts as a LIDAR detector, community sharing is one of the only ways you can find out if a cop is using a laser gun before it's too late, because when you receive a laser alert, it means the cop already knows your speed.

Another advantage to the smartphone technology is the use of GPS mapping. Not only does the app have preloaded locations for speed cameras, red-light cameras and known speed traps, it also shows you exactly where an alert is coming from on a map. In other words, this allows you to see how far away the radar detection is instead of just the strength of the signal. You'll know if an alert is on the left side of the road, behind you, on a side street. It provides spatial awareness to the radar detections.

The obvious downside to the iRadar Atom is also the reliance on your smartphone. If you don't have a smartphone or your smartphone is dead, as is so often the case, you're limited to simple audible alerts. The only controls on the device are for volume and mute. In addition, the smartphone display can often be complicated, which can be very distracting if your screen is small.

The Cobra iRadar Atom is a radar detector that relies heavily on your smartphone. If you have a smartphone with a fast processor, large screen and good GPS features, then it can be one of the best radar detectors for keeping you safe and alerted to traffic threats. If you're not smartphone savvy, it's not much more than a small device that beeps at you.