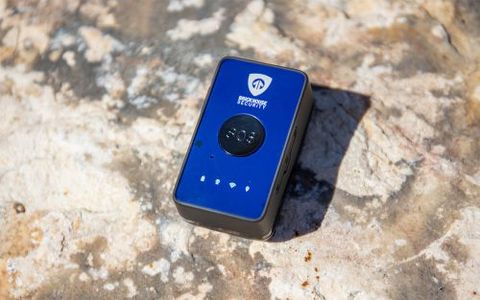 The BrickHouse Spark Nano 6.0 is set up to work well for tracking your business belongings, whether it’s a vehicle, briefcase or other expensive equipment on the move.

Like the brand name suggests, this tracker looks like a little brick but has a lot of impressive technology inside. It uses Wi-Fi, satellites and cell phone signals to send a location ping to either an app or desktop tracker. BrickHouse sells a lot of security equipment including spy cameras, vehicle trackers and night vision cameras, so it’s a good place to shop if you’re looking for a whole kit of security equipment including a GPS tracker.

This tracker requires a monthly subscription, but the device itself is the second-least expensive one we tested behind the Tile Mate. Once you’ve paid for an account, the Spark Nano will start tracking as you watch from home. You can view it in map or satellite mode and we have to say, the satellite mode was highly detailed and accurate. If you click on a spot on the map, it will even show you photos of what the view of that spot looks like from the street. You can use the desktop dashboard to set up alerts based on speed, battery life or whether the user of the device has pushed the “SOS” button, indicating they need assistance. Sadly though, this tracker’s geofencing capability wasn’t functional at the time of our tests. Once it’s up and running, you’ll be able to get alerts every time the tracker crosses predetermined boundaries set on the map by you.

You can view the tracker’s history including frequent stops and watch how fast it’s traveling in close to real time. In our tests we drove the tracker around and noticed a lag time of roughly one minute between the location of the tag and where the driver said they were. Even though some trackers like the Veriot Venture had quicker location updates, it’s still rather accurate. The tracker brick will go to sleep when not in motion, saving a lot of battery life. In our tests it was still functional after two days, which was the extent of our battery testing time, and the website says it can last for up to a week.

One of this tracker’s strong points is its discovery range of about 20 feet. Thanks to the highly detailed and clear satellite map, it was easy to get very close to the tracker. However, this device isn’t waterproof and the included materials don’t say anything about it being splashproof. You can, however, buy a magnetic, waterproof case from Brickhouse and while you’re there you can also get a replacement charging cable or belt pouch.