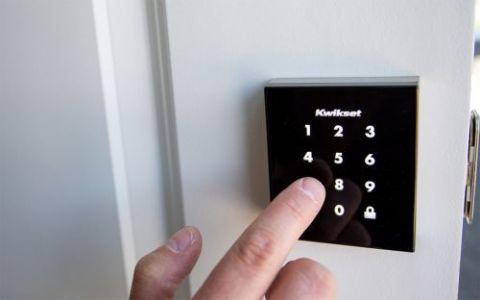 The Kwikset Obsidian is a futuristic smart lock that turns heads, even if you need a smart hub to unlock its full potential.

The Kwikset Obsidian is a beautiful smart lock that's equally capable as part of a smart home system. The lock's keyless design is one of the most secure in our comparison, it's also delightful to use. The high price, short warranty and limited controls outside a smart home system aren't quite as impressive but aren't a major distraction.

At the time of writing this review, you can get the Kwikset Obsidian for around $229, which makes it one of the more expensive smart locks we've tested. This is much higher than the industry average of $175 as well as the August Smart Lock, our pick for best value. In addition to the expense, this lock requires a smart hub to add smartphone controls, the defining characteristic of a smart lock.

Though we reviewed other keyless smart locks, Nest x Yale and Yale Assure SL, the Obsidian's sharp lines and square touchscreen look much nicer. The two available finishes are satin nickel and venetian bronze, but they aren't visible until you're next to the lock, which puts even more emphasis on the black screen.

Our security tests revealed that the Kwikset Obsidian is the second-most secure smart lock we've tested, Schlage Sense scored higher, but only by the smallest of margins. The simple act of removing the keyhole, means no-one can pick their way in. Instead, the lock tracks which codes are used to unlock the door, provided you have a compatible smart hub.

The lock has an alarm that sounds when someone tries to break it off the door or when it's unable to lock because of a jam. While this is only an ANSI/BHMA Grade 2 smart lock, it's enough for most homes. You activate the screen by placing your hand over it and only two random numbers light up at first. This helps spread fingerprints across the screen to prevent someone from learning your code by trying different combinations of digits based on the ones you always touch.

The electronics warranty on the Kwikset Obsidian only lasts one year, though the mechanical components and finish have a lifetime warranty. The lock uses four AA batteries, which will last up to 12 months. If the batteries die unexpectedly, you can still get in the door by holding a 9-volt battery up to the terminals under the keypad for enough power to activate the lock.