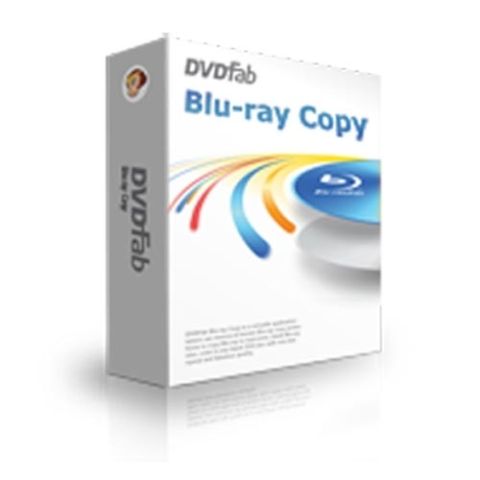 This is definitely the go-to software if high-quality output is your priority.

DVDFab Blu-ray Copy seamlessly delivers what we consider to be the most important elements of Blu-ray to DVD converter software: powerful built-in decryption that can remove the latest Blu-ray protections and region codes and near-flawless output videos.

From the moment you install and open DVDFab Blu-ray Copy, it's evident the program is rather scanty when it comes to personalization features; there are no options to adjust video effects, add artistic effects or implement a watermark. We were also surprised to find there is no option to adjust the output parameters, such as the bit rate and resolution, of the converted video (this seems to be standard on most Blu-ray to DVD converters). And unlike our top two Blu-ray to DVD converters, this one does not allow you to extract images or audio clip

s from the Blu-ray disc (BD). The software does, however, allow you to alter certain basic conversion elements including encoding speed and the output label.

The software also has all the typical features one would expect from a Blu-ray to DVD converter software program including multi-language support (for audio output and subtitles), real-time preview of the converted file(s) and a splitter function. It is important to note for the sake of conciseness and speed the preview of the video does not display the same quality that the converted video in its entirety will. The splitter function is especially nice if you want to merge certain segments of a BD into a DVD that will play continuously (like copying multiple episodes of a television show from a BD).

Finally, we really like that the software also supports Blu-ray to Blu-ray cloning, making perfect 1:1 copies and even compressing BD-50 to BD-25, BD-9 or BD-5. Not only can you make copies that will play on regular DVD players, you can also make actual Blu-ray copies in case the original BD you purchased is ever damaged or lost. Additionally, the software supports a wide range of output DVD media including DVD+R/RW, DVD-R/RW, DVD-R DL and DVD+R DL for both DVD-5 and DVD-9 mediums. If you don't have a tangible disc on hand, you can save the converted video on your hard drive as a Blu-ray folder, a DVD folder or an ISO image file for later burning.

There's little doubt this Blu-ray to DVD converter software reigns supreme when it comes to the quality of its output files. The videos are amazingly just shy of perfect with completely synced audio and video and a high-definition picture that is clear and sharp. Even when the converted files were compressed we noticed very little quality loss. If additional compression is needed the software will automatically remove high-definition (HD) audio to save space on the copy; however, we could hardly tell a difference between the original HD audio and the converted audio sans HD and most likely you won't be able to either.

Aside from lacking functionality, we also found the program's interface to be a letdown. Dull and bulky, it doesn't boast an attractive color scheme or the polished look that many of its competitors do. Furthermore, we would have liked the whole program to be a bit more intuitive as well. While it isn't necessarily difficult to navigate, the layout and lack of direction on the interface makes the software a bit cumbersome and inconvenient to use. That being said, we still think computer users with limited tech-savvy should be able to use

the software without much of a problem.

On the other hand, the conversion process is incredibly quick and quite easy once you press start. Throughout the entire conversion you can clearly see how much many MBs of the file have already been converted and approximately how much time is left. Once complete, you simply open the target folder you selected to view the converted files and begin the burning process.

Best DVD rip software 2019: how to rip DVDs to your hard drive with ease

The Best Blu-ray to DVD Converter Software of 2019

The DVDFab website offers mediocre technical support especially compared to the first-ranked Leawo Blu-ray Ripper. It has a DVDFab Blu-ray Copy tutorial outlining the basic steps of the conversion process in its entirety and if you are a visual learner, it also has a detailed video tutorial embedded from YouTube as well. Users will also find a surprisingly well-rounded list of frequently asked questions that are detailed and informative in addition to an active user forum. If you the FAQs prove to be no help, we'd suggest browsing the forum, which is filled with detailed threads.

What we didn't like was in order to directly contact the manufacturer, you have to fill out an online contact form; there's no provided email or telephone number for registration or post-installation inquiries. We were also disappointed to find the manual on the website provides sparse and very general information that is not tailored to one specific software product.

Despite its comparably bare functionality and fairly monotonous interface, we still think overall DVDFab Blu-ray Copy is a great Blu-ray to DVD converter especially apt for users primarily seeking high output quality. If the ability to create fully custom copies is your biggest priority, we would recommend looking into our other top-ranked Blu-ray to DVD converter software.