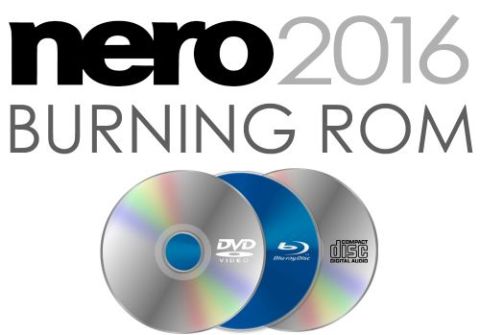 Nero Burning ROM 2016 burns new Blu-rays easily, but the lack of decryption, customization and compression options placed it at the bottom of our side-by-side comparison chart.

Editor’s Note: The Digital Millennium Copyright Act (DMCA) forbids circumventing copy encryptions contained on commercial discs. The DMCA makes no exceptions for circumventing these encryptions for personal use. Top Ten Reviews does not endorse piracy or any other illegal activity.

Nero Burning ROM 2016 is a simple-to-use application that you can use to burn new copies of your Blu-ray movies. However, its lack of extra features, such as the ability to bypass copy protections on commercial discs and to extract a Blu-ray's disc image for future burning or archiving, kept it from advancing further on our lineup.

This program is very simple and straightforward to use when it comes to burning new discs. You open the program, load the disc you want to copy, select the Blu-ray copy option and hit "Burn Now." If you're performing a disc-to-disc copy, it can take several hours to complete the process. This is because of the sheer size of Blu-ray discs – some commercial discs contain up to 100 GB of content.

One very important feature of this software application is that it doesn't have the ability to extract a disc's image (ISO file) from the original Blu-ray to save onto your computer. An ISO file is basically the blueprint for a Blu-ray movie. If the program had this ability, you could store an entire Blu-ray on your computer and burn new copies even without the original disc. This option would be great for archiving. Nero Burning ROM is the only program in our review to omit this feature.

If you happen to have a Blu-ray ISO file already saved on your computer, this program can burn a new disc from that image – and you don't even have to open the program to do it. Just right-click on the Blu-ray ISO file you want to burn and select "Burn with Nero." In less than an hour, you'll have an exact 1:1 copy of your movie – our video experts couldn't find any flaws in the movie when compared to the source disc. We find it odd that you can burn an ISO file with this software but not extract one. Including this feature would make this software application more useful.

This Blu-ray burner cannot circumvent antipiracy copy protections found on almost every commercially produced Blu-ray movie. This, by itself, excludes the vast majority of the Blu-rays you've paid for and restricts you to burning homemade or unprotected Blu-ray discs.

While Nero Burning ROM 2016 copies Blu-ray movies as easily as most of the other products we reviewed, it ranks near the bottom, because it can't perform some of the basic functions that the best Blu-ray copy programs perform. The inability of the software to bypass copy protections and extract a Blu-ray's ISO file severely limits its capacity to burn disc-to-disc Blu-ray copies.