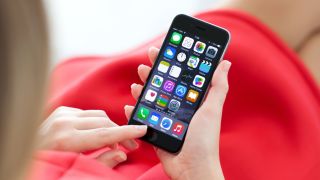 A cheap smartphone no longer has to mean poor quality. There's usually a great selection of smartphone deals throughout the year – which means it's easier than ever to own a decent cell phone without breaking the bank. (Plus the best Amazon Prime Day deals will soon be with us.)

Given the choice, of course, we'd all opt for the best smartphone on the market. You know the ones: they usually have words like 'Plus', 'Pro', 'Max' and invariably 'Apple' in the name.

But for many of us, there are more important things to spend our hard-earned dollars on than the world's leading camera phone, or so-called essential features like wireless charging and 5G compatibility. So for those people with more sense than money, we present you with the best cheap smartphone deals you can buy today.

These are the handsets that get an A for affordability, without flunking out with an F for features. That means technology you won't be embarrassed to carry around in public, but with a price tag that doesn't make your eyes water. These cheap smartphones all have perfectly passable screens, cameras and battery life – we wouldn't recommend them if they didn't.

And because we keep a look out for the best prices out there, too, you can be sure that you'll be getting today's cheapest deals on these bargain smartphones. We'll warn you now...Motorola features in this top 10 a lot.

The Honor 10 Lite takes top billing in our budget smartphone showdown. Don't let its price tag fool you, because this cell could easily be confused for something much more expensive. Check out the specs of the camera for example, and the clarity of the Full HD display.

We know that looks are far from everything, but the Honor 10 Lite just feels and acts the part of a premium smartphone, but for a fraction of the price. Trust us when we say you won't be disappointed with this device. We think it's the best cheap smartphone you can buy – and you'll find today's best deals above.

Motorola has been a purveyor of fine budget mobiles for a few years now, and 2019's Moto G7 Play is no disappointment. If you're imagining budget phones that are sluggish to use and reminiscent of a brick, then prepare to have your expectations confounded. Its processing power rarely leads to delays, and the battery gives you plenty of uninterrupted use as well. It's quite a bit lighter than some of the cheap smartphones on this list, too, which makes it great for carrying around in pockets and purses.

The most affordable 'best smartphone' if you can stretch your budget

The majority of phones on this list cost less than $200 to buy outright, but if you can afford a bit more then consider the Google Pixel 3. The flagship device from the search engine giant competes with the best from Samsung and Apple. In fact, it surpasses them in some areas, like with its extraordinary camera performance. And it's pretty compact, so its perfectly usable without requiring a second hand to text and function certain apps.

Want Apple? This is the best cheap iPhone

We bet you're surprised to see an iPhone in this list. But iPhone 6 deals have now come so far down in cost that the handset can genuinely be regarded as a cheap smartphone. This is the way to get that luxurious Apple experience without having to remortgage your house.

The distinctive iPhone user experience doesn't get any less enjoyable as the years go by. You'll still get splendid snaps from the cameras, and the battery was improved from previous generations, too. It's only really the screen that looks a bit tired to a modern user.

The best cheap smartphone from Samsung

Samsung is one of the most reliable mobile manufacturers out there for producing brilliant tech. And you don't have to be a high-roller to get one with the Samsung Galaxy A30. Plus, unlike the cheap iPhone above, you don't even have to settle for old technology as this is straight out of 2019.

Samsung has furnished it with a striking Super AMOLED display – not what we'd expect from a phone on this list. And the battery is long-lasting, too. The camera is OK, but the features it brags about on paper don't live up to expectations. Overall, this is a fantastic cheap smartphone with plenty of great deals keeping it within budget.

The best cheap smartphone from Sony

We know there are still loads of loyal Sony evangelists out there who will always stand by the Japanese company's tech. Honestly, it just can't keep pace with Samsung on premium Android  smartphones. But it's a different matter on mid-range mobiles.

The Sony XA2 is proof of that, and you can take a look at the spec sheet for evidence. The 23MP main camera is as good as it sounds, the Full HD screen is bold with pin-sharp detail, and it runs like a dream. In fact, if it weren't for the dated design, this might have competed with the Honor and Motorola higher up our best cheap smartphone list.

If you're a photographer, this is the best cheap camera phone

It's probably a coin toss between this and the Honor 10 Lite for the title of best cheap camera phone. So if you've scrolled past our overall favorite above, then the Moto G6 is a good place to land. We love that it has a dual sensor on the rear – an asset that isn't shared by every budget smartphone out there. There's a combined 12MP and 5MP sensor, which becomes especially useful when utilising the phone's portrait mode. And it's not all about the camera, as the Moto G6 is a really solid all-rounder.

One of the biggest complaints about smartphones – especially premium models – is that their batteries run down too quickly. It's all those fancy screens and high processing. The Moto G7 Power is here to appeal to people who don't want to charge their battery every evening before bed: we're talking THREE DAYS!

The screen is broad, too, if somewhat lacking in resolution. But it's still easily good enough if you want to invest all that battery power in Netflix and YouTube clip marathons.

The best smartphone for less than $150

Of course you're not going to expect incredible specs for this price (it can be a bit slow between screens), but the 5,000mAh battery holds up well and the display isn't half as bad as you might expect. It also inherits a lot of the usability from better Motorola phones like the Moto G6 (one of our all-time favorites).

Let's just get this straight from the off: there's really no such thing as a good cheap gaming phone. If you're a committed gamer, then you're going to want at least a certain standard of screen and processing power. And you're going to have to venture over the $200-mark.

So for games, we humbly recommend the Samsung Galaxy S9 Plus. It packs a strong Snapdragon 845 with a hefty 6GB of RAM and Adreno 630 graphics. And that isn't let down by a Super AMOLED 6.2-inch display, which also carries support for HDR10. There are even specific game tools that let you take screenshots and recording gameplay. It's a brilliant – just not necessarily that cheap – smartphone.