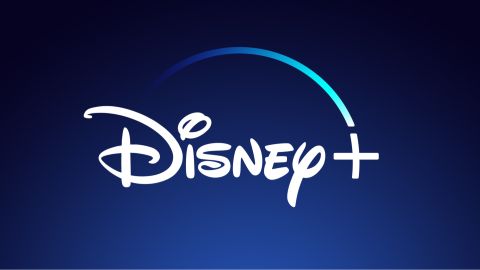 Fantastic for parents of younger kids and a must-have for die-hard Marvel fans. Everyone else may be bored after the first month or two.

Our Disney Plus review is here to help you decide whether to drop $6 on yet another streaming service. Disney, and the many properties it now owns, is an omnipresent force in entertainment culture, and if you find yourself a fan of anything Mouse-tinged, you may be pondering Disney Plus, especially as it also ties in services like ESPN and Hulu. And well you should. Our Disney Plus review finds a service that is cheap, easy to access, and with superb streaming credentials, making it one of the best movie and TV streaming sites available right now.

What sets Disney’s streaming service apart from others is the top-tier brands it owns. You perhaps don’t even realize how much entertainment that covers (I didn’t); a swift prowl around Disneyplus.com will likely surprise you a few times as you uncover movies and shows you had no idea belonged to Disney. But in addition to Marvel, Pixar, National Geographic, and Star Wars, Disney’s own powerhouse library goes back decades and includes genuine treasures. If you listen to Disney, everything it’s ever made is a masterpiece, but Bambi, Cinderella, Snow White, and Fantasia really are as glorious as you’ve been told. The Computer Wore Tennis Shoes… less so, but watching a very young Kurt Russell on Disney Plus is not without its charm.

The TV buffet on Disney Plus is split not terribly evenly between new originals and old favorites. The original show grabbing all the limelight is The Mandalorian, an adventure set in the Star Wars universe, but heavy-hitting Marvel shows Falcon and the Winter Soldier, Loki, and WandaVision are coming soon. If your taste runs more to the real - but no less fantastic - a bevvy of National Geographic programming awaits, including The World According to Jeff Goldblum, a fun series where the actor dives deep into everyday topics like ice cream, denim, and bicycles.

And as for the classics, well… do the words “I am the terror that flaps in the night” mean anything to you? Did Gadget from Rescue Rangers make you feel funny in your tummy? Did you ever wish you had a dad as cool as Goofy? If you answered “yes” to any of these questions, then my friend, Disney Plus is your huckleberry. Disney cartoons experienced a renaissance in the 90s, with classics like Goof Troop, Darkwing Duck, Talespin, Recess, and Gargoyles. Were they really that good? Does it matter? (But yes, they were, and I will fight you if you claim otherwise.) And then there are The Simpsons. Every single episode from every single season. All of them. You’re welcome.

Star Wars. The Marvel Universe. Pixar. And, oh, yeah, Disney itself. It’s pretty hard to argue with the movie library on Disney Plus. Ok, George of the Jungle 2 was a mistake, I think we can all admit that now, but The Great Muppet Caper, The Lion King (both of them), The Black Hole, Peter Pan, The Sound of Music, Avatar, Turner & Hooch, Zootopia, Aladdin (both of them), Coco, Escape from Witch Mountain? You could choose a movie with your eyes closed and still land on something worth watching.

That said, these are Disney movies, after all, which means you’re not going to find a lot of bite in the library. Happy endings are the order of the day, as are plucky kids and surprisingly intelligent animals. If your taste leans toward crime stories, horror, or romance that moves past kissing, you won’t find much to satisfy you. If you don’t enjoy an afternoon spent with superheroes, animated heroes, or space heroes, you may want to consider a different streaming service.

You can pick up a Disney Plus sign up by itself for $6.99 a month or you can grab a $12.99 bundle that nets you Disney Plus, Hulu, and ESPN+, a savings of about five bucks over the cost of each of those services individually. If you already have Hulu, blending your former account with your new Disney Plus bundle can be a minor hassle (we found ourselves in a log-in loop when trying to make it work on our Apple TV), but generally speaking, time from signup to viewing is less than 90 seconds. Disney Plus also offers a free trial in case you’re not sure the X-Men cartoon holds up as well as you remember and don’t want to commit until you watch a few episodes.

Disney Plus review: Quality of Stream

We watched Disney Plus on an Apple TV, iPhone 8, and a desktop computer: playback on all was smooth, with no buffering or lag. Skipping through a program worked perfectly, as did picking it back up after leaving it paused for an extended period. Unlike some other streaming services, UI was consistent across all devices, making the switch from TV to phone, for example, seamless.

Do you have a kid? Then yes, you would probably appreciate having Disney Plus. It doesn’t even particularly matter what age your offspring is, either, as Disney Plus has appropriate viewing for wee babes, toddlers, tweens, and teens. And while you may quietly grind your teeth at hearing yet another princess movie chirping away in the background, your kiddos having access to so much safe, high-quality content is probably worth the damage to your enamel.

If you don’t have a kid, are you a nerd? If so, having ready access to everything in the Marvel and Star Wars universes, including the upcoming original shows, is almost certainly worth it to you. If you’re neither a parent nor a nerd, whether Disney Plus remains worth the monthly fee will depend on the quality of content it adds, and the frequency with which new programming is added to the service.