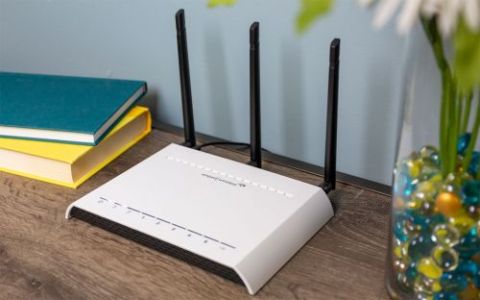 The RE1750A is a decent desktop Wi-Fi extender.

The Amped Wireless RE1750A is one of two desktop Wi-Fi extenders we tested, as all others were of the wall plug variety. In our evaluations, we found that desktop devices have two distinct advantages over their plug-in counterparts: more ports and more placement flexibility. Though these factors didn’t come into play during our actual testing, as we tested all the extenders using identical methodology, they directly affect performance and practicality in your home network.

Our testing consisted of five setups, two that assessed performance over long, uninterrupted distances, and three that tested performance in a more house-like setting, with obstructions like walls and floors between each step. We used Ixia’s IX Chariot to measure the original network speeds and then introduced the extender into the mix and measured again to see how well each product handled each situation, represented in our results as a percentage of the baseline network metrics. The ten products we tested fell into three distinct performance tiers with top-performers like the TP-Link RE450 in the first tier and average-performing products like the RE1750A in the middle. Throughout the five tests, the RE1750A extended 37% to 66% of the available Wi-Fi signal. Its average results were consistent with the difficulty of the test, with its lowest score occurring on the hardest test and the best score on the easiest test. The RE1750A didn’t do quite as well as the other desktop extender we tested, the Netgear EX6200, but they were very close.

The Amped Wireless RE1750A has five Gigabit Ethernet ports, one input and four outputs. You can use the input to wire the device to your router to use it as an access point. The provided user guide doesn’t cover this style of usage very well, but it still works. The five output ports allow you to connect the extender to end-user devices with wired connections. If you plan to use your extender primarily with a desktop or other internet device that needs a wired Ethernet connection, a desktop extender is a better option than a wall-plug. Another perk of the form factor is placement flexibility. Wall plugs basically go wherever there’s a convenient outlet, but you can choose where to install a desktop extender to find the best configuration.

In addition to expected features like WPS and dual-band function, the Amped Wireless extender also offers customizable network features like access control and extended network scheduling. It also allows you to create up to eight guest networks. Overall, the RE1750A is a decent desktop Wi-Fi range extender.

Top Ten Reviews has reviewed the Best Wi-Fi Boosters of 2019 so that we're able to offer you the authoritative buying advice you expect.