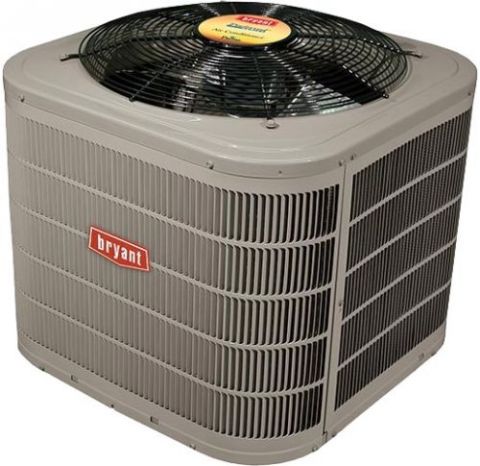 With up to 21 SEER performance, all Bryant air conditioners exceed the minimum seasonal energy-efficiency ratio of 13, but several Bryant units fall short of the best SEER ratings. For example, the average SEER rating of Bryant AC units is 16.2, which is the second lowest of the brands we looked into (and below the industry average of 16.7). However, the lower average SEER score means that Bryant tends to have more affordable models than competitors. These AC units also meet all of the guidelines to earn an Energy Star certification, a U.S. Department of Energy designation that honors efficient products. We saw models elsewhere with higher SEER numbers, but Bryant central air conditioner units will be a vast improvement over any cheap air conditioners.

These central air conditioning units offer average sound levels as well with an average sound output of 71.4 decibels, which is louder than the average of 71.25 decibels we found during our research. Despite this, most of Bryant's units aren't loud enough to be a bother to you or your neighbors.

These central air conditioning systems use Puron refrigerant, which is designed not to harm the ozone layer and is considered environmentally friendly. Some Bryant AC units also have an eight-pole fan motor and a two-stage scroll compressor, which can be supported by a standard thermostat, and you will find high- and low-pressure switches on it.

Specific to Bryant devices are the company’s DuraFlow louvered grille to cover the coils and its DuraGuard protection, which shields the central air conditioner units from harsh weather elements and increases their durability and reliability. Additionally, Bryant offers models made of galvanized steel, which also helps them stand up to all types of weather conditions.

Bryant air conditioners have a respectable warranty in case problems arise. A 10-year compressor and parts warranty is typical, though you have to register your unit with Bryant within 90 days of installation or you'll only have five years of warranty coverage. Bryant doesn’t sell units with a lifetime warranty like the one Amana, Goodman and Coleman offer on some models.

Bryant central AC units have many benefits that include up to 21 SEER performance and a fairly average – though not overly loud – sound output. Bryant models are designed with features to protect against the elements. These central air conditioners have plenty to offer, including most of the features we look for in home AC units.